Update: As of January 7 the Power Ghouls are in stores, however the first two are Target exclusives. It is unknown if the rest of the line is as well. They are packages with little comic books similar to the story books in the Scarily Ever After line. Pay close attention to the author/ illustrators names on the cover of the books one might look very familiar.

In July we got a sneak peek at two of the ghouls in Monster High's super hero themed Power Ghouls line. They were Spectra and Clawdeen each as a super heroine. It has now been revealed that they aren't the only ghouls in this line, Frankie will join them also as a super heroine. Toralei will make her long awaited second appearance as the villain in this line. I'm looking forward to the second Toralei doll and of course the new Frankie, however I will have to see Spectra in person before I decide on her.
I found these pictures of the new dolls online, these are NOT my pictures. Which one is your favorite? 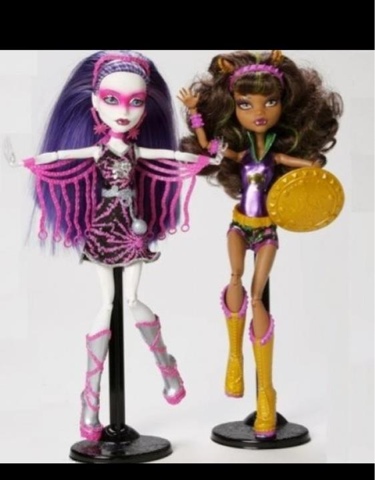 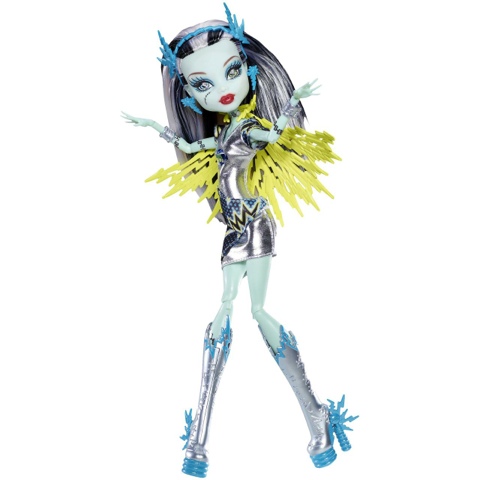 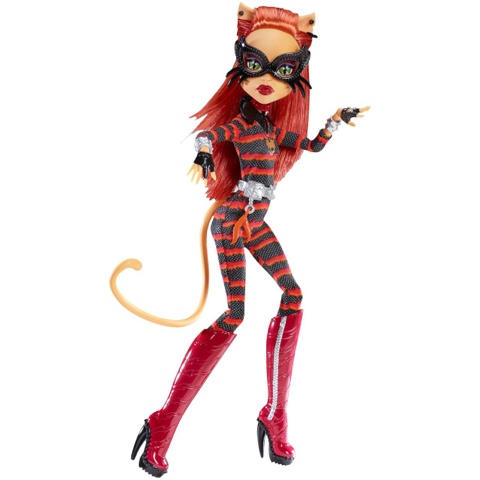 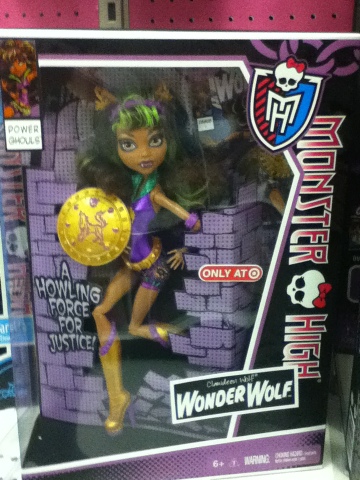