Thursday was the release of Maryellen and the Truly Me Holiday stuff and we just happened to be there. We arrived at American Girl about twenty minutes after opening time to a nearly empty store. "Welcome Maryellen" clings were on the doors as you walk in from the outside and Maryellen in her skating outfit was display in the first display case as you enter in the store. In the other two display cases was the new red holiday dress and Grace. Maryellen's diner was displayed just as you enter the BeForever section (you might see me say historical, it's a habit) and a few girls were there posing their dolls in the booth. Maryellen was in the display case near the mall entrance that i think was previously occupied by Julie. Several of the characters have been moved to different display areas.
After admiring the Maryellen displays and choosing which outfit and accessories were leaving with us we went downstairs to the Bitty/ Truly Me area. We admired the holiday dresses and displays and took several pictures. I was partial to the display of dogs that were "singing" carols out of a music book. I prefer the red holiday dress over the gold one for dolls, but for girls I liked the gold one best also Maryellen's black and pink poodle dress for girls is adorable. Many of the associates were dressed in outfits inspired by Maryellen's collection. One of the Personal Shoppers was dressed in a pink button up shirt, long black poodle skirt and pink hair scarf, while one of the ladies at the register was dressed in cat eyed glasses with cherries on them and an outfit identical to Maryellen's play outfit. Speaking of Maryellen's play outfit, it wasn't shown in her display case but there was a Maryellen posed on her sofa bed dressed in the outfit and I don't think I got a picture of it.
Other than Maryellen and her accessories (which are awesome) we all loved her skating outfit and it was easily the favorite outfit of her collection. The City Carriage, Julie's bike and the new holiday background were other favorites. We had a wonderful time and really enjoyed this visit to the American Girl store, hopefully we will get to do it again for the next BeForever release. 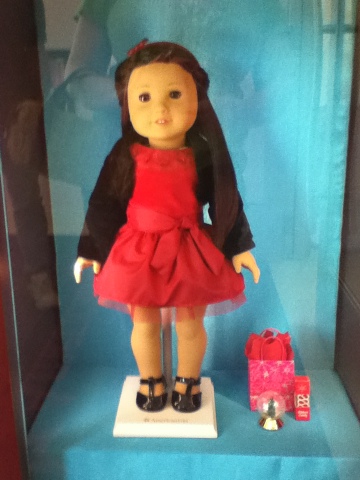 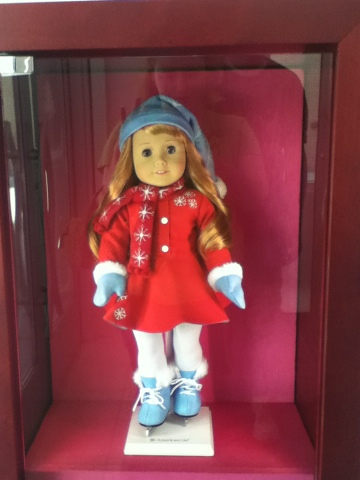 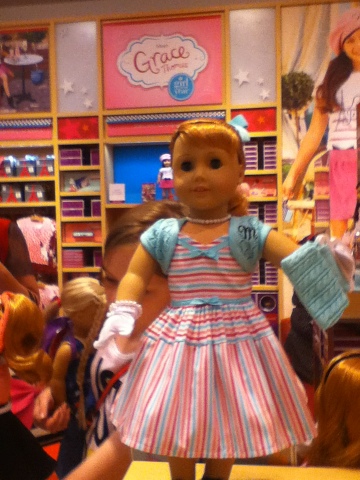 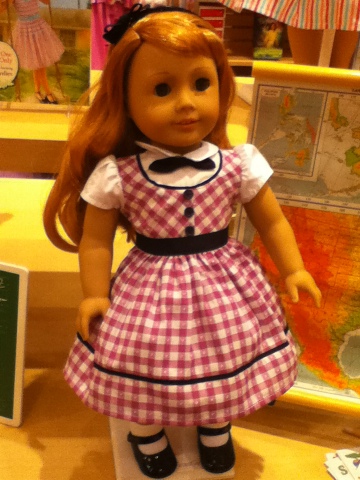 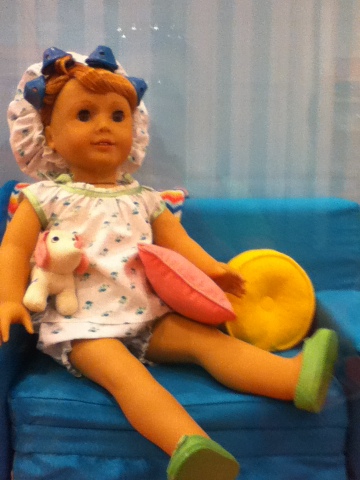 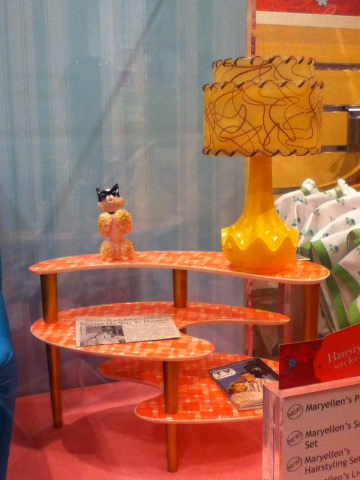 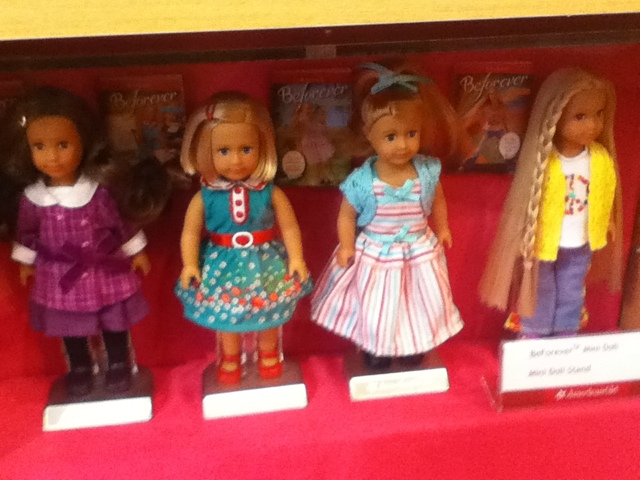 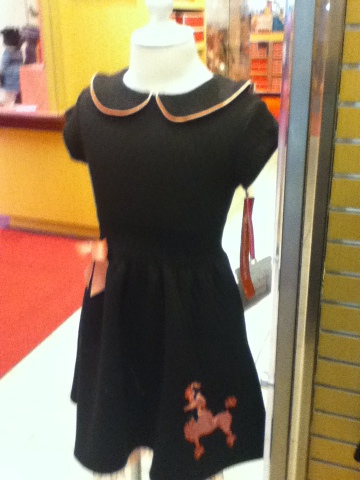 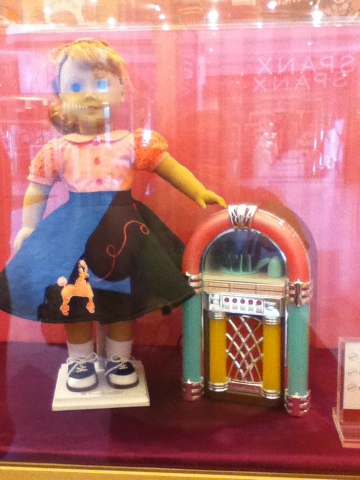 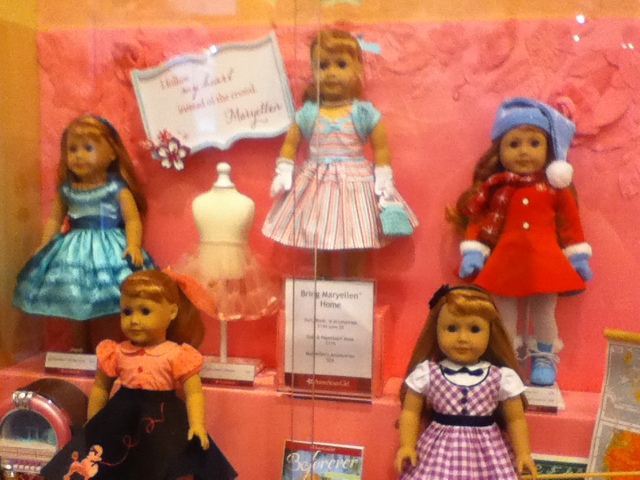 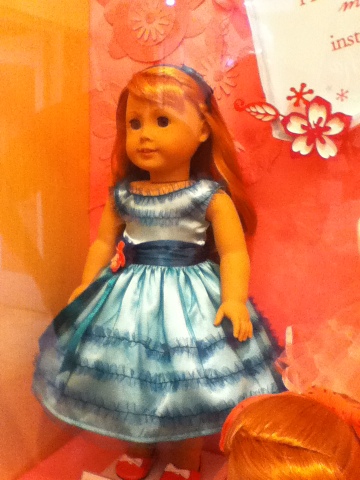 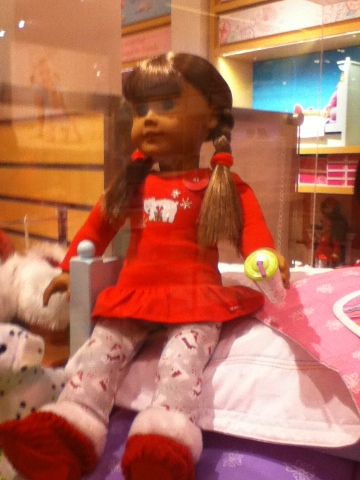 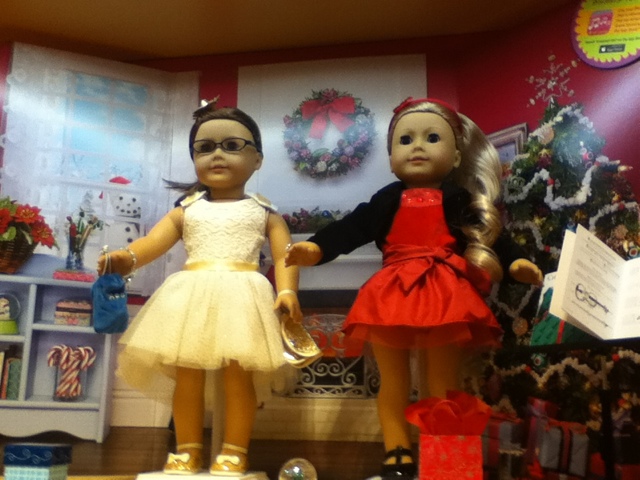 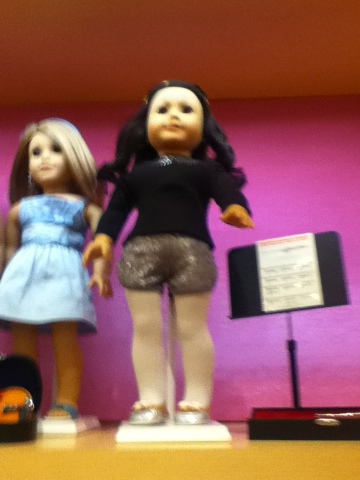 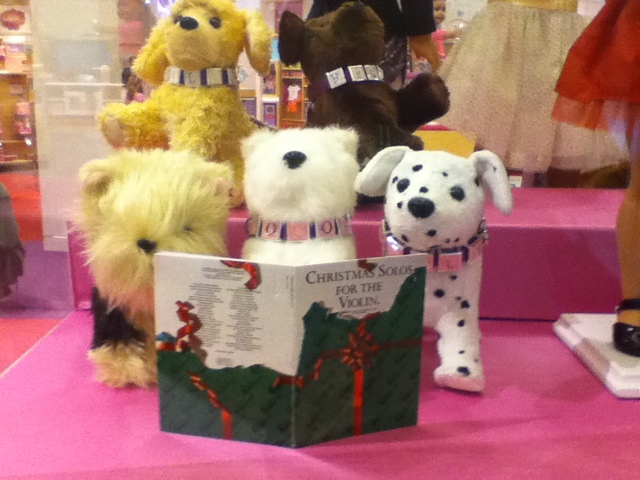 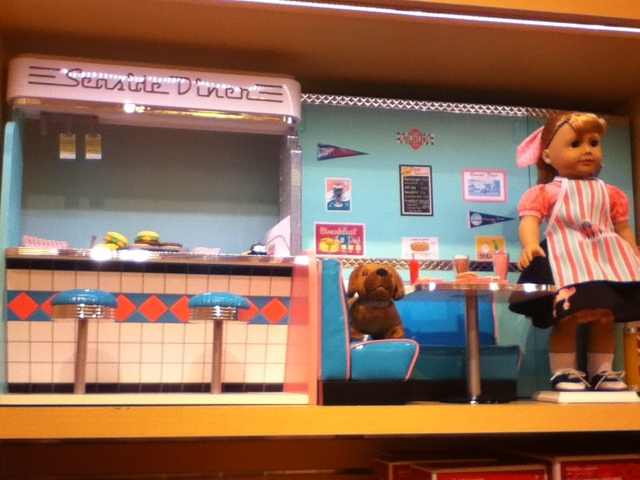 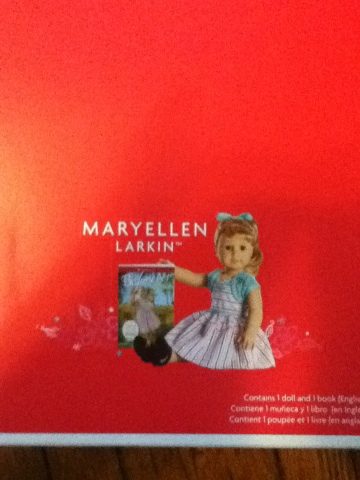 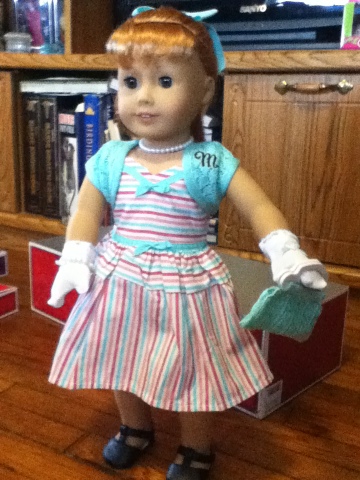