Update August 24:
We are only three days away from the official release of Maryellen. The new Scottsdale store had Maryellen available for their opening over the weekend, and she sold out by the end of Saturday. The blog Lissie and Lily had some pictures from the opening if you want to check them out. Still no word on the eye color yet, American Girl described it has brown on Facebook, but store associates are calling it hazel.
Update August 11:
American Girl had posted several of Maryellen's items with prices on their website yesterday, they have realized this mistake and have taken them all down.
Now we know that Maryellen's accessories are a pair of white gloves, pearl bracelet, pearl necklace and real handbag. $24
Maryellen's dachshund Scooter with teal and pink collar$24
Maryellen's Poodle Skirt Set $36
Maryellen's birthday dress (the dress her special edition mini doll was wearing) $34
Maryellen's play outfit $28
Pajamas $24
Jukebox that connects to a MP3 player $90
Seaside Diner (it is rumored that it folds for easy storage) $275
Hairstyling set (curlers and cap) $20
TV with record player $85
Purple Gingham school dress $32
School set $40
Sofa bed $150
Living room set (table, lamp and accessories) $58
Ice skating outfit $36
Ice skating accessories $24
Crinoline $16
I like the table from the living room set, the poodle skirt (I might get a second one for one of the other dolls as a Halloween costume) and the play outfit. I would really like a better view of her eye color since that has been the hotly debated topic, but I guess that will have to wait until closer to release day.
What do you like best about Maryellen and her collection so far?
Update July 16:
Pictures of Maryellen in box have shown up on Taobao and she is adorable. She does have the classic mold but you can't really tell her eye color in the photo.
Update May 20:
All three of Maryellen's book covers have appeared on the American Girl Publishing site along with her mini doll.
From the book covers it seems like she will have a pet dachshund (we haven't had one of those yet), a strand of pearls, a monogrammed sweater and an outfit with gingam print.
The book descriptions confirm that she is from Florida and has several siblings. 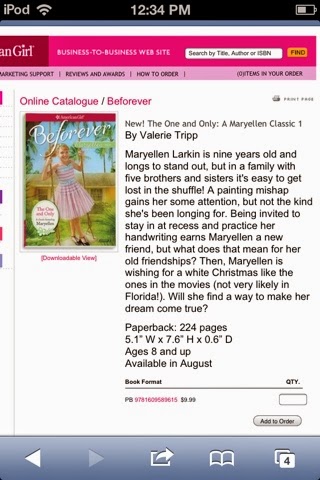 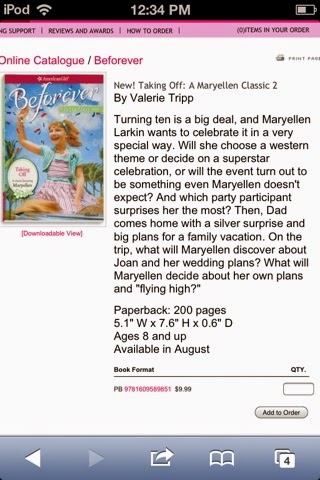 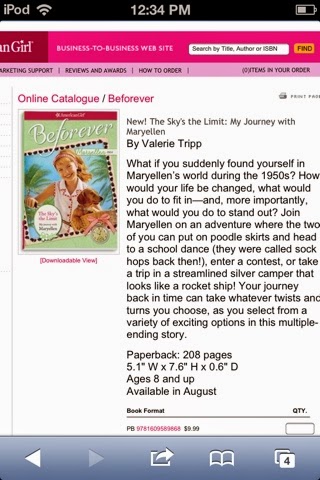 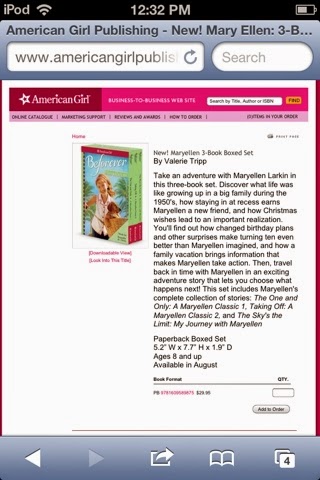 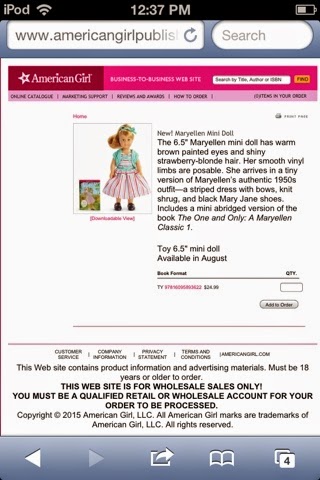 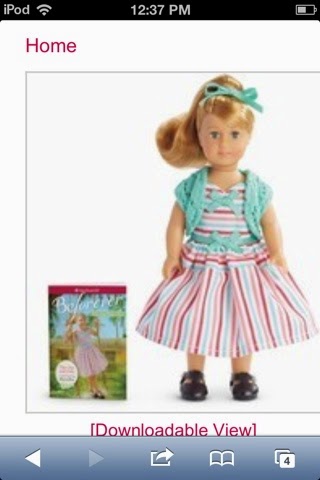 Update May 18:
I am a little behind in posting this but American Girl officially announced Maryellen as the upcoming 2015 historical. Her last name is Larkin and her year is 1954.
She has red hair like the prototype pictures that have been floating around.
Rumor is her stories are set in Florida, but that hasn't been confirmed.
What do you think of Maryellen. 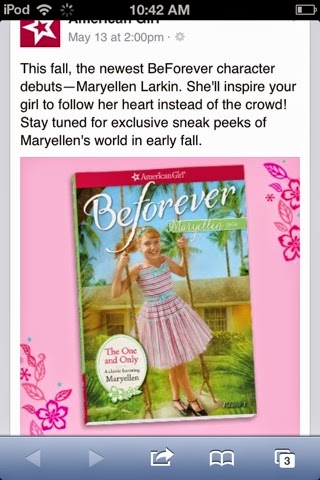 Update April 26:
American Girl's publishing site has Maryellen listed in the BeForever/Historical category between Kit and Julie. It looks like we really are getting a 1950s doll. 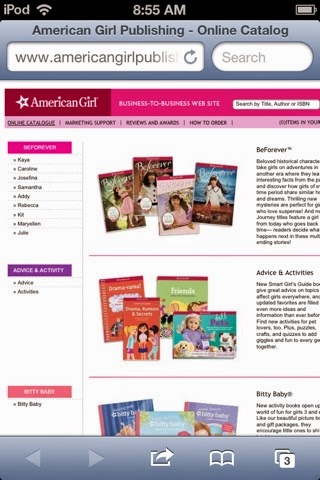 Update March 7:
Barnes and Noble have the new Be Forever Titles listed as "One and Only" A Maryellen classic and "Taking Off" A Maryellen classic. They are available for preorder in English and Spanish here.
It has been confirmed that we will be getting a new historical/BeForever doll in 2015, and the books are available for pre-order on Amazon.com. They are titled "Taking Off", "Sky's the Limit," and "One and Only" and are written by Valerie Tripp who has written many other American Girl historical books and stories. They will be available on August 27, 2015 and are approximately two hundred pages long like the other BeForever books. It is still unknown which title is for her Journey book or when exactly her time period will be, but at least we are starting to see information surface. You can google search for her and see leaked photos of the prototype.
Posted by Starr at 8:15:00 AM