Over the past year or so there has been a push for more diversity in doll lines. People want dolls without hair to represent children with illnesses that have caused them to lose their hair, dolls with disabilities that require hearing aids, wheelchairs or crutches. I think it is a great way to raise awareness and open discussions with youngsters when done tastefully. I was pleased to see the True Hope dolls, and the bald American Girl doll, and all of the accessories that were made for the line.

A few months ago I received as a gift a doll I had never seen before. She is a Barbie's friend Becky doll. Becky is the school photographer and is a friend of Barbie's. She helped Barbie create a scrapbook that was included with the doll. Becky has long light brown and blond hair, and comes with red sunglasses, a yearbook, and her camera around her neck. This doll was released in the late 90s and only three versions of her were made. The doll was considered very popular but because she was in a wheelchair she didn't really fit into Barbie's world. The wheelchair was originally too wide to fit in the elevator of Barbie's dream house. There were complaints about the length of her hair, that it was unrealistic for a person in a wheelchair to have hair that long. So after only three releases Becky was discontinued and so was Mattel's attempts at a disabled doll until recently. I just wanted to share with you the first disabled Barbie and get your opinion on her. 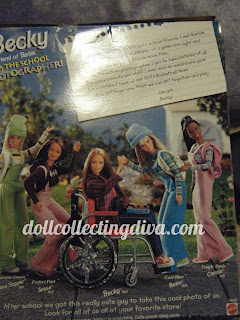 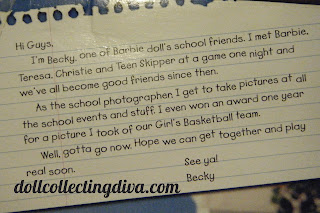 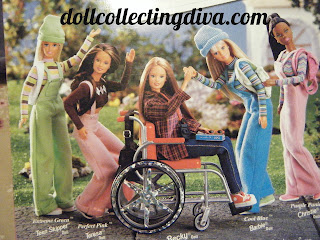 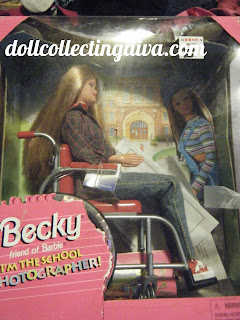 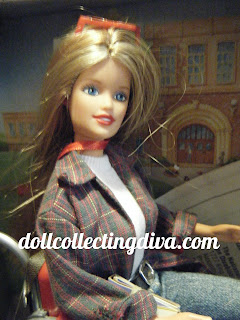 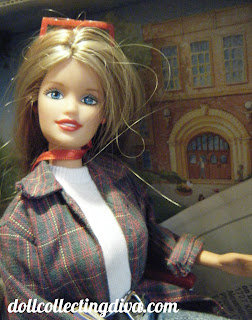 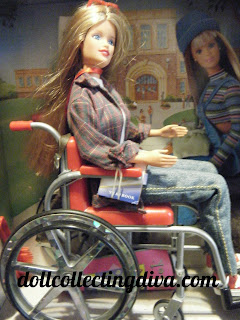 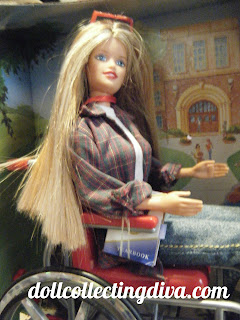 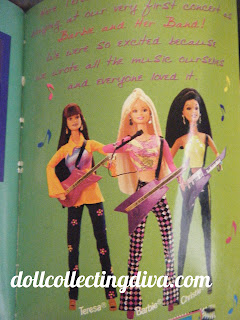 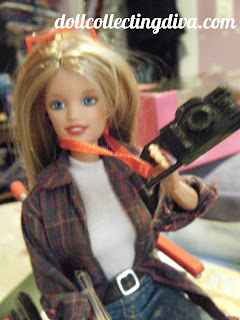